# Governance at Life Itself

Life Itself was initiated in 2015 by Sylvie Barbier and Rufus Pollock and were joined by co-founder Liam Kavanagh a year later. With the ongoing growth of Life Itself as a community and enterprise it behoves us to put in place solid foundations for our future development as well as provide transparency. Our motivating question is: what are the governance structures, patterns and practices we should put in place that would support and provide clarity on:

We propose to address these intentions by:

Our intention is to create membership structure which reflects the vision of Life Itself – where people experience being part of something, contributing and being contributed to and living the Life Itself vision and mission through our key values.

The other intention of the model is to reflect and recognise the different level of involvement and contribution to Life Itself by its members.

# How do you become a member of the community and how does it work?

⚠ We don’t yet have a formal membership process distinct from hub residency or becoming a team member. We interpret membership broadly to include Pioneers, Contributors and even many sympathizers.

While you are a member of a Life Itself “family” group, each member might have different level of involvement with Life Itself. Therefore within a family you may find people with various levels. Below is a drawing and explanation of the different criterias for each level:

You are actively (or quietly!) supporting the aims and/or way of being up to those actively contributing material or other resources to the effort.

A contributor is someone who does one or more of following:

A Pioneer who is among the first to explore or settle a new country or area. One of the first to do something. Life Itself Pioneers are actively involved in pioneering Life Itself.

As a member, you agree to the following as part of being part of the community:

Life Itself in it’s governance stand on three principles:

We believe that there are many more values than monetary ones. Our goal is to create a common yardstick to recognize and remunerate the value members contribute to Life Itself (eg: wellness, art, time, expertise, money…)

Some people may invest energy and money when there is little cash around or people power / belief around – we want them to get compensated later.

We see this under the form of two options:

# Fair but not equal

We want to recognize differential contribution so that people feel fairly treated and we have incentives; at the same time we want to “flatten” those incentives compared to the outside world. We want to incentivize effort and quality.

There are two types of shares, voting shares and revenue shares. A member of Life Itself community can qualify for revenue and/or voting share when reaching L3. 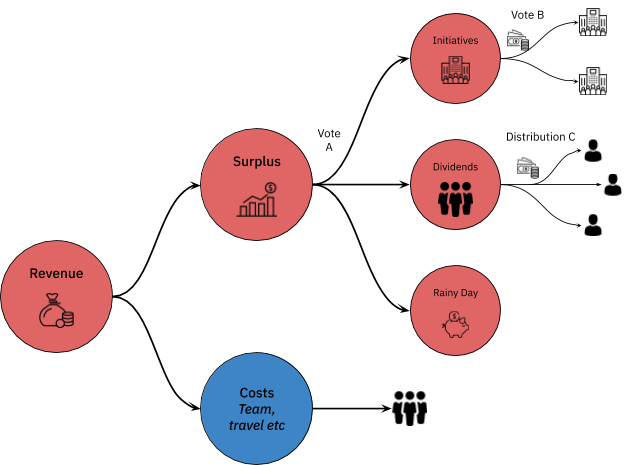 # Fig 2: Voting and Revenue Shares and Allocation of Monies

Voting shares have voting control by majority over the following:

Allocation of Voting Shares is at the discretion of the board initially and will be related both to fiscal and non-fiscal contribution.

Revenue shares are distributed to L3 members based on an assessment of their contribution.

# Appendix: Criteria for our model - why we chose it

What are the criteria we select on for our model? Answer: Balance between fairness and [unequal] quality-adjusted contribution, risk-taking and responsibility.

Benefits to individual or family

The intention and purpose of the board is to make sure the mission and plan of action of Life Itself is to align with the vision and values of Life Itself.

There will be two types of board members:

The board is not remunerated. Board decisions are by majority voting with majority required of both permanent and non-permanent board members.

What are the criteria to be a board member?

You must be a Level 3 member and have done the Landmark Forum (so that we have a shared language for managing workability, etc). You must have shown past and present commitment to self-development and transformation.

How do you get elected to be on the board?

Consensus invitation by founding board members for a two year term.

How does one leave the board?

To leave the board, we expect 9 months notice. Plus non-permanent serve 2 year terms (can be renewed by agreement of member and board).

How does one remove someone from the board?

Majority vote of permanent and all board members.

Are founding board members governed by the same rules?

The intention of the management team is to act on the vision and mission of Life Itself and to be remunerated for their work. 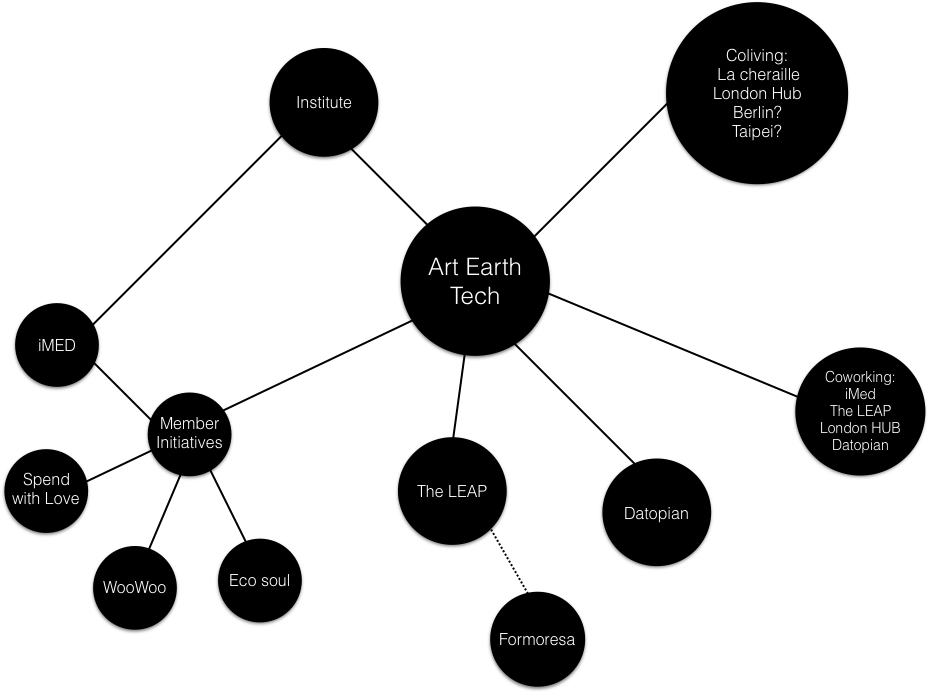 # Fig X: the Life Itself network of initiatives as of 2018

To address these questions, we intend to create an explicit agreement for entities to associate with Life Itself just as we have for members.

We believe these relationships can be very important, especially economically, and will be a crucial mechanism for creating a dynamic and thriving Life Itself ecosystem.

At present, we do not have a definite answer. Our ongoing work is covered in the separate document on the Life Itself “Mutual Project Co” (opens new window).

For the present, we intend to do an initial try-out with existing closely associated initiatives such as Datopian & LEAP. 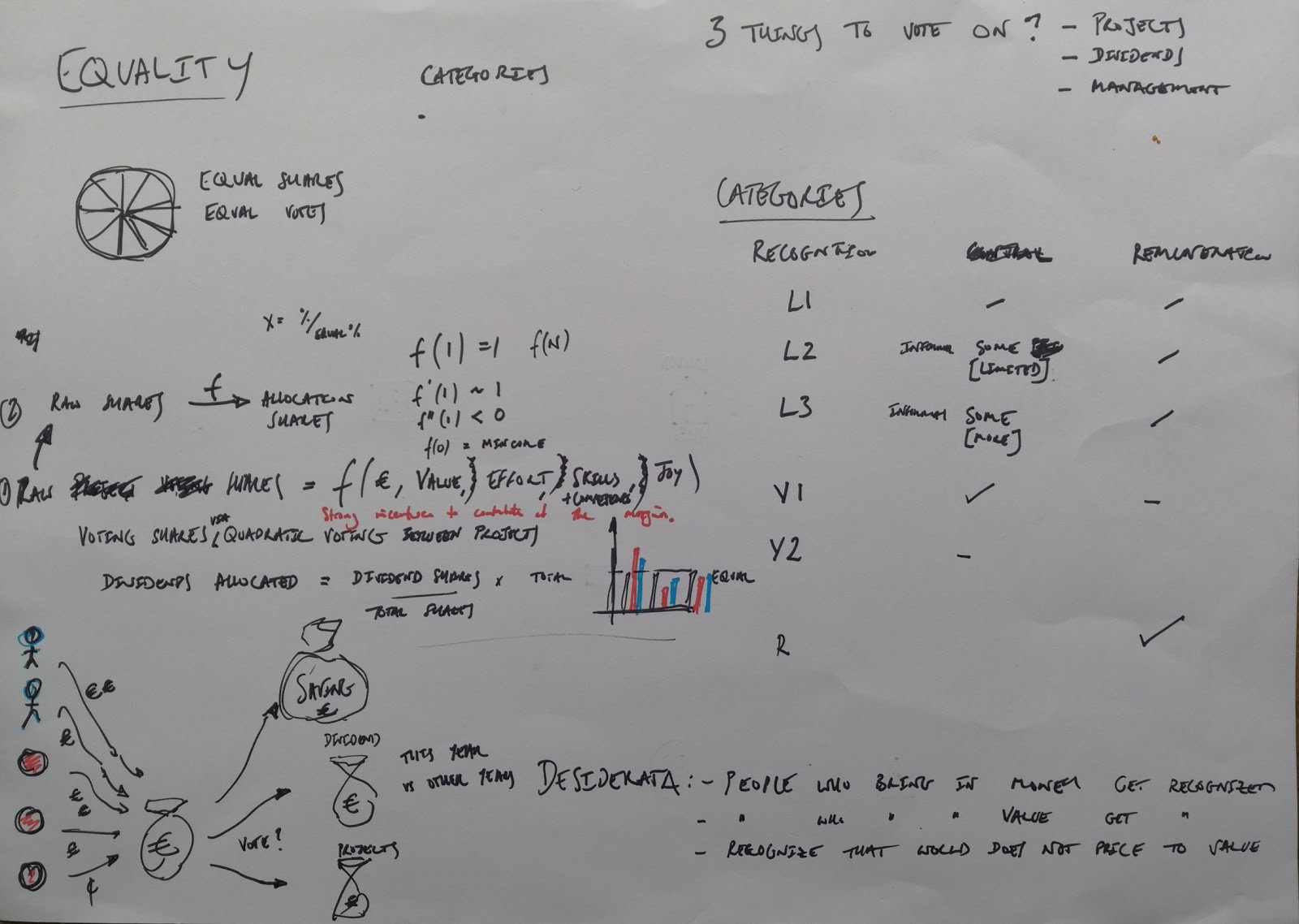 # Fig 3: An early drawing from the Life Itself Nucleus Sprint Aug 2018 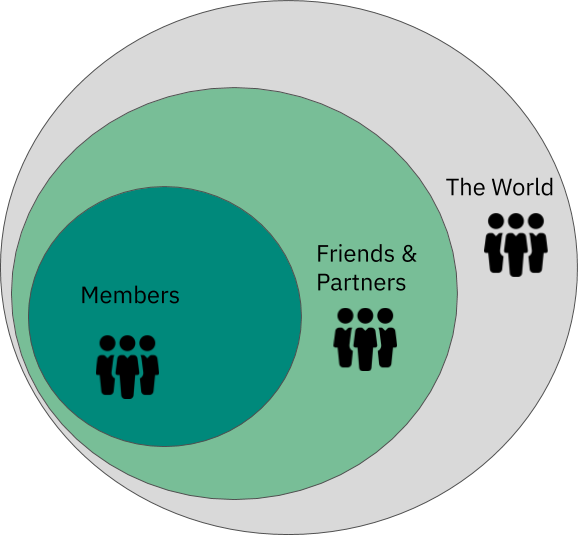 # Definition of Membership and how to join

Do you want Life Itself to be a slightly more exclusive ‘Invite only’ network, or do you want it to be very open and inclusive. There’s no right answer, both are useful in different ways, but it would be good to state here.

E.g. How do you get invited to a gathering? Through invitation by a current Supporter after approval by their Family Facilitator or a Board Member.

Life Itself obviously welcomes all kinds of participation. However for what we are terming members (and this phrasing or definition could change in future) this or something similar would be likely.

# What is a (major) initiative?

# How would the asset lock operate?

There’s potentially a conflict of interest in the structure for the asset lock: the directors responsible for policing the Asset Lock are also responsible for deciding how much dividend to pay themselves. Almost all organisations with an Asset Lock have a board that don’t benefit financially for this reason.

We are continuing to think about this, especially as we set up the charity.

Plan is voting pioneers would control things like allocations to projects from projects fund.

At present, given the early stage of Life Itself we are operating a bit like Damanhur at the start where they had much more executive direction and we similarly incline to more authority to the board.

# What about other self-development conditions for board members?

At present, you specify doing the "Landmark Forum” as a prerequisite for board participation. What about other similar personal growth work?

We encourage all forms of personal and professional development and transformation. At the same time, we find it very valuable for the Board to have some kind of shared foundation and common language to complement the different practices board members may be doing.

# What about dividing Life Itself into two complementary orgs – “associates” and “network”?

MAIN COMMENT: I think you may actually be best set up as two parallel organisations here. Art/Earth/Tech as I see it does two totally valuable but actually rather distinct things:

The for-profit arm with paid projects, investments and enterprises. It makes sense for this to be a select group of trusted people who actively want to work with each other. The top-down board structure you’ve suggested is appropriate for this type of organisation.

The not-for-profit arm. A community of people. It would be great if this was a more democratic organisation so that members feel equal to one another. A member-led organisation would have a greater sense of ownership and fairness, and encourage more commitment and input from members. One way to do this would be for each family to elect their own facilitators (1 or 2 people), and that the board of the Life Itself Network to be made up of the family facilitators. The Life Itself Network would then be responsible for organising Gatherings, Springs, Family groups and peer-to-peer support on a not-for-profit basis.

Basically, I think what Life Itself is doing is totally wonderful, but that the current structure conflates two quite distinct functions. I think that separating off the network as a more democratic service space where things are freely and generously given will attract lots more energy into the organisation, make it more sustainable and give it opportunities for great growth and to attract different types of funding. It will also mean that business arm can be a more simplified, streamlined organisation that can be justifiably exclusive.

If the two types of organisations are mixed together, there’s a risk of the lower levels of membership feeling disaffected and unmotivated. They could put in lots of voluntary work into an organisation that essentially the Level 3 founding members forever have control and ownership of.

At present, we feel the set up we have balances these and also reflects fact that (based on our own experience) item 2 is a greater medium-term risk than item 1. We also think that the best way to guard against either of these is through our culture and being - no formal rules will be sufficient.